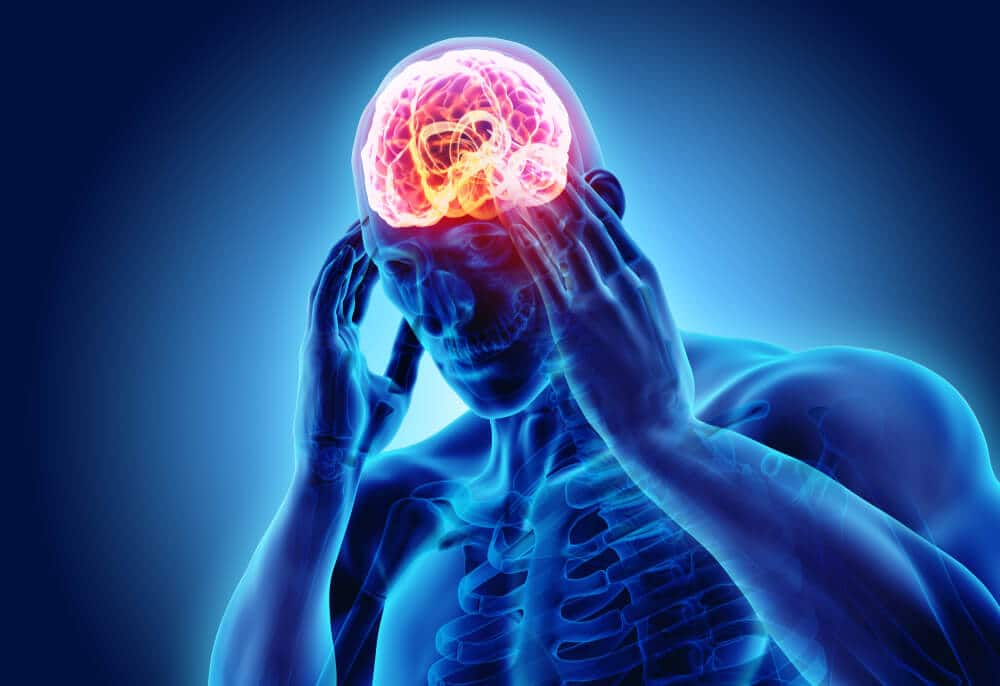 According to the Migraine Research Foundation, migraines are the 3rd most common illness in the world with up to 12% of American experiencing them.

With migraines being so common, it’s worth taking the time to understand what causes them.

What is a Migraine?

Migraines are similar to headaches, but far more extreme. They are headaches that lead to extreme pain, sensitivity to light, smells, and sounds, as well as dizziness and nausea. Migraines are more than just regular headaches and are best thought of as severe headache disorders. Migraines can range in severity between a frequent nuisance to a debilitating disorder.

Migraines have a range of different symptoms depending on the person who suffers from them. In general, they are:

Migraines can become, or be a part of, some severe conditions. These include:

Now that we know more about what a migraine is, let’s take a closer look at what causes them. The first cause shows just how closely the mind and body are connected…

Migraines are very sensitive, and what causes them changes from person to person. One important factor to keep in mind is the human body. Specifically, how closely the body is linked to the mind.

For people who suffer from migraines, keeping a regular routine for their body is very important. Changes to this routine can lead to migraines if not done carefully.

Activities like sudden physical exertion, unexpected periods of rest, or too much stimuli can trigger migraines. Why? Because the body relies on a natural balance. Therefore, upsetting this balance can lead to migraines.

Suddenly stopping your workout routine or overdoing it at the gym are common triggers.

Sensory stimuli are a leading cause of migraines. Depending on the individual, anything from noise to touch can be a trigger. While an individual is suffering from a migraine, these stimuli worsen the headache even more. Some individuals report being unable to withstand even mild noise or light during a migraine, for example.

In addition to stimuli, diet is another common cause of migraines…

Note that this list isn’t comprehensive; there are plenty of other foods and drinks that may trigger these intense headaches.

Diet is one of the best ways to affect your health—for better or for worse. Migraines are often triggered by overly salty foods that contribute to dehydration. Food additives, artificial ingredients, and preservatives also trigger migraines in individuals with food sensitivities.

Therefore, healthy modifications to diet are a great way to not just improve migraines, but also overall well-being.

Like diet, the medications you take can trigger migraines, too…

Depending on which medications you take, you can experience more frequent and/or severe migraines. Medications come with a wide array of side effects and for certain people, some of the worst of these are an increased likelihood of suffering from a migraine.

There are many medications that can complicate a migraine. Vasodilators, including nitroglycerin, as well as oral contraceptives can trigger migraines.

There are a few more bodily activities that can lead to hormonal changes that also affect migraines, once again further showing just how closely the mind and body are connected…

Sexual activity can lead to migraines for a variety of reasons:

Interestingly, sexual activity has been shown to alleviate minor headache symptoms in some individuals. When it comes to migraines, however, they can become too severe for this tactic to be useful.

Closely linked to sexual activity is another migraine trigger: hormonal changes (although this trigger affects just half of the population)…

Many women find that regular hormonal changes can cause migraines, including:

Medication like birth control changes the body’s hormonal levels, which means it can also be triggering.

The balance of hormones in the body controls and regulates many bodily functions. In addition to a few obvious functions, such as menstruation, these hormones can also affect the emergence of migraines.

While hormonal changes can lead to migraines, there are non-biological reasons for them as well…

Alcohol can cause migraines for a variety of reasons, including:

Alcohol isn’t the only beverage that can trigger migraines, however…

Caffeinated coffee is another drink that can lead to migraines. Like alcohol, coffee is also a diuretic, meaning it can have the same migraine-triggering effect (dehydration) as alcohol in this regard.

Interestingly, coffee is most known for its caffeine which can either cause or help migraines depending on the person and their circumstances.

The caffeine in coffee can trigger migraines if too much is consumed. Additionally, caffeine can cause migraines in individuals who are experiencing caffeine withdrawal. After all, caffeine is mildly addictive.

However, caffeine restricts blood vessels in the brain, which can relieve migraine pain. This fact is why caffeine is a common ingredient in migraine pain relief medicine. Therefore, coffee is a sort of double-edged sword when it comes to treating these headaches.

Coffee is the beverage of choice for people who work around the clock, but this sleepless lifestyle can also cause migraines…

You can never stress enough the importance of sleep. If your sleep patterns become disrupted, you can experience migraines along with some other serious consequences, such as an increased risk of heart disease and stroke.

Sleep is fickle when it comes to migraines. Too little sleep as well as too much sleep, jet lag, and interrupted rest also cause migraines. The body needs proper amounts of sleep to recharge and support its daily rhythms. As these rhythms break down, migraines can set in.

Every factor we’ve discussed so far have been things you can control, but no one can control the following…

Depending on the individual, shifts in weather patterns, even days beforehand, can cause migraines.

Why the Weather Triggers Migraines

People who suffer from migraines can be triggered by changes in humidity, temperature, and other weather conditions. It all varies by individual.

The most common weather related cause is a change in barometric pressure. In other words, as the pressure in the atmosphere changes, like before a storm, migraines can flare up or subside.

What’s most important for people suffering migraines to remember?…

As we have seen, migraines can be caused by a variety of conditions.

For people who suffer from migraines, it can be hard to find the exact causes. This is why doctors recommend making a “migraine journal.”

When you feel a migraine setting in, or after it has ended, journal about the experiences that lead up to it. Focus on things like diet, sleep, weather, and mental health. Over time, this journal will help you spot which of these events can trigger your migraines.