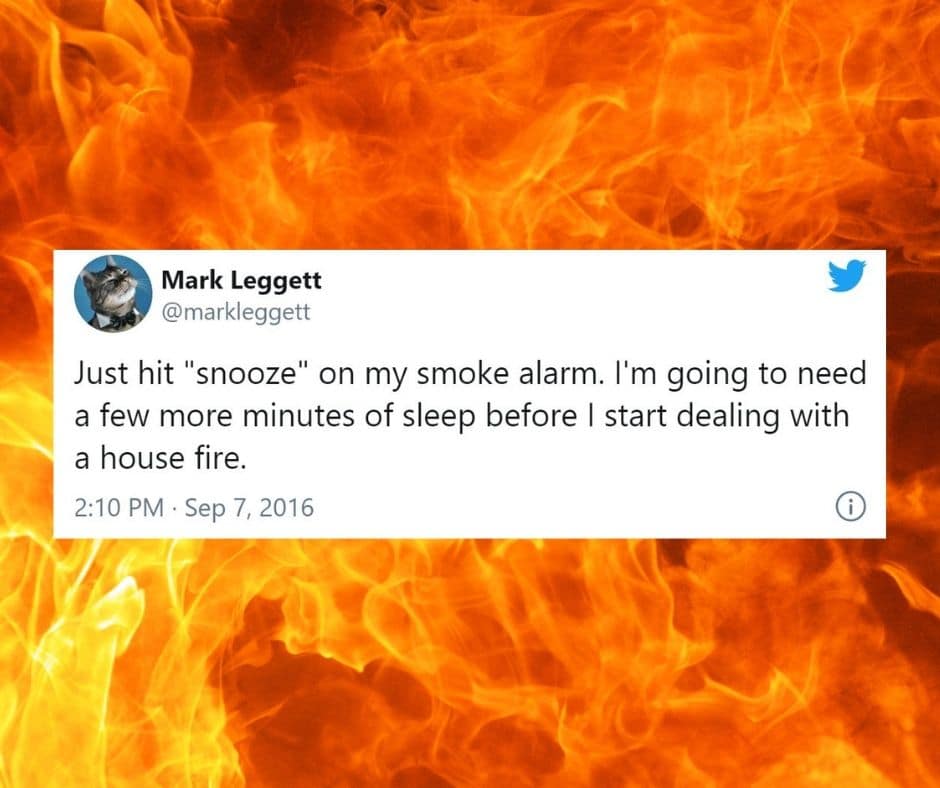 If you’re a night owl, it’s likely that you absolutely dread hearing your alarm go off every morning. When it comes down to it, hitting snooze is much easier than hopping out of bed and starting your day.

If you find mornings absolutely miserable, you’re not alone. Check out 10 of these hilarious tweets for anyone who hates morning.

i was wondering why my alarm didn't go off this morning and i realized this is what i had as my alarm pic.twitter.com/GIwLBs1ktm

We’ve all been there.

2. This is unfortunately very true.

Can it be nighttime forever?

3. You know you hate mornings when your alarm is working overtime.

"Marta, how hard is it for you to wake up early?" me: pic.twitter.com/Sd0wmkYQV4

A snail can sleep for up to 3 years. I didn't know it was even possible to be this jealous.

The jealously is real.

Just hit "snooze" on my smoke alarm. I'm going to need a few more minutes of sleep before I start dealing with a house fire.

Food is the biggest motivator.

Me: DON'T TELL ME HOW MY MORNING IS BEFORE I'VE HAD COFFEE pic.twitter.com/mguz65LQKF

Seriously though, it’s rude to assume.

9. There’s really no other answer.

LIFE HACK: not getting out of bed so that you get to bed sooner