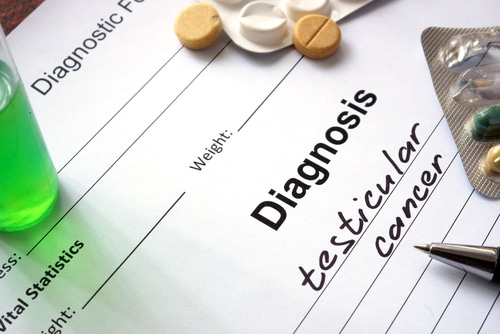 Testicular cancer affects about 8,000 to 10,000 men each year according to Johns Hopkins Medicine. While its mortality rate is relatively low, with its risk only counting about 1 in 5,000 cases, it can still significantly disrupt your daily grind.

So what puts you at risk for testicular cancer?

1. Having An Undescended Testicle

But not having cryptorchidism doesn’t clear you from that risk, as many other factors can still lead you there…

2. Abnormal Cells In The Testicles

Having carcinoma in situ or abnormal cells in the testicles per se does not mean you automatically have cancer, but it does become one when left untreated.

Research shows that suffering from conditions that affect testicular development, such as Klinefelter syndrome can cause testicular cancer later in life. Although the link between these two conditions hasn’t been fully established yet.

Having badly developed body parts sets you off for trouble…

Hypospadias is a birth defect in which the opening of the urethra is located on the underside of the penis instead of being at its tip. Having this abnormality of the penis and urethra increases the likelihood of getting testicular cancer.

Having a prior case of hernia may increase your chances of getting testicular cancer. A report from the International Testicular Cancer Linkage Consortium found out that 11% of testicular cancer patients previously had an inguinal hernia.

Having a previous streak can let you slip again…

It can also be something that passed down…

Men whose family members, whether immediate or even those from older generations have had a history of testicular cancer, have increased chances of getting it at some point in life.

Being tall as a basketball player might not be as fun as it seems to be, as experts and researchers say that men who are taller than the normal height can be at higher risk for testicular cancer.

Age may just be a number, but it matters in some cases…

Testicular cancer can occur at any age, but most of the time, it largely affects teens and adult men ages 15 and 35, with 33 as the average age of diagnosis.

Or it could be because of the color of your skin?

Testicular cancer is five times more common in Caucasian white men than in black men and men from other ethnic groups. Hispanic men, on the other hand, are at a much lower risk.