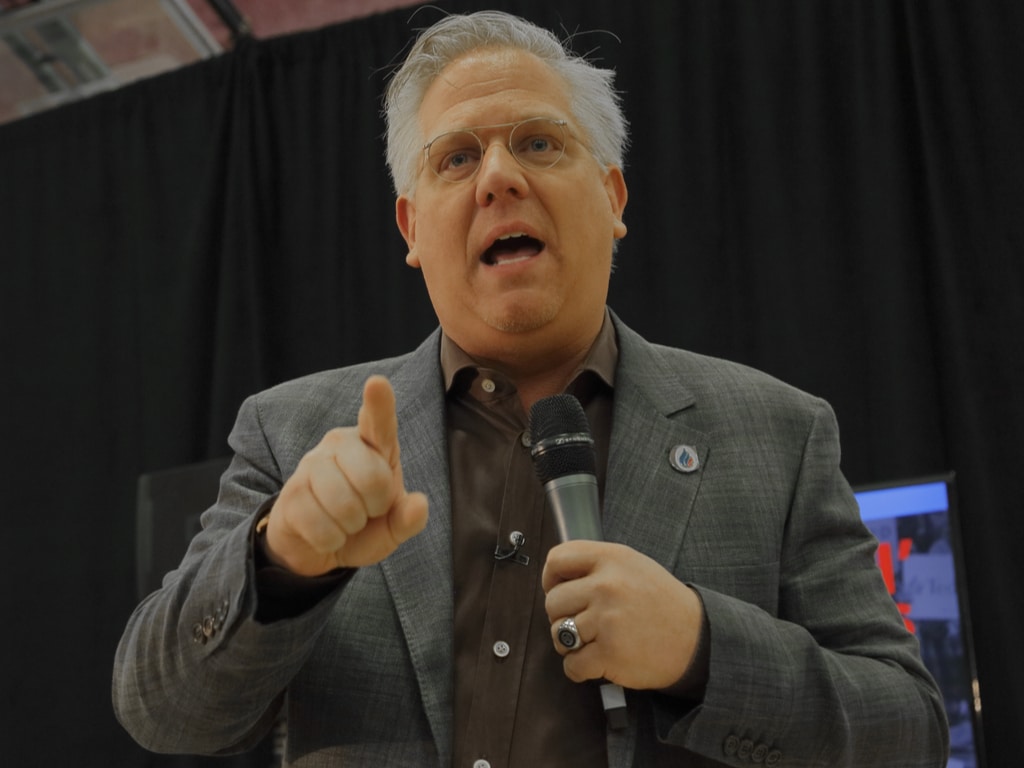 Glenn Beck is an American conservative political commentator, television producer, radio host, and conspiracy theorist. To add to that lengthy list, Beck founded his own radio network and television show, The Blaze, and is even the founder, CEO, and owner of his own parent company, Mercury Radio Arts. But while his career is one well-known by the public, there’s a lot more to this man than what meets the eye.

Fact #1: He’s richer than most people you know.

No matter your opinion on Glenn Beck, it’s hard to deny his financial success. To put things into perspective, just from the years 2009 and 2010, Beck clocked in with a net worth of 35 million dollars. As of 2017, Beck has a net worth of around 250 million dollars. He might be unpopular with advertisers, but each of his multiple streams of income string in several million dollars just on their own. With enough money to retire an entire city, should he care?

Fact #2: He used to live in a crappy apartment.

At the beginning of the 90’s, Beck entered a dark era after a divorce with his wife at the time, Claire Beck. During this time, Beck struggled heavily with substance abuse in regards to drugs and alcohol. Back then, he was camping off in a two bedroom apartment that, according to him, smelled like soup. When you take a look at the multi-millionaire now, he’s had quite the turn around.

At possibly one of the darkest points of his life, Beck was heavily struggling with family problems, ADHD, and substance abuse. He even has admitted that his own struggles had traumatic consequences for his two children at the time. Around 1994, Beck found himself consumed by suicidal thoughts. He’s even admitted that he’s always daydreamed of listening to the music of Kurt Cobain as he prepared to shoot himself. Beck gives thanks to the group known as Alcoholics Anonymous for helping him sober up and start the road to healthy living. According to Beck, he’d been getting high every single day without fail ever since the tender age of 16.

In the late 90’s, Beck began what he calls a spiritual quest where he constantly sought for answers in bookstores and any church he could find. After his quest, Beck spent his time reading the work of 6 world renowned authors. He jokingly calls these collections from Alan Dershowitz, Pope John Paul II, Adolf Hitler, Billy Graham, Carl Sagan, and Friedrich Nietzsche the library of some serial killers. A Mormon friend of his and former radio partner tried to argue for the comprehensive worldview that the Church of Jesus Christ of Latter-day Saints offered, but was unsuccessful.

In 1999, Beck tied the knot with his second wife, Tania. The two linked up after meeting at the Church of Jesus Christ of Latter-day Saints through the indirect doing of his daughter, Mary. Tania and Glen Beck went on to have two children, one adopted, Raphe, and one biological, Cheyenne.

Fact #7: He is diagnosed with macular dystrophy.

Macular dystrophy is an eye disorder that can cause some major rapid loss of sight, making tasks like reading and recognizing faces incredibly challenging. The disorder mainly targets the center of the retina responsible for vision clarity. After running several tests, Beck received an unpleasant message from the doctor, saying that he had the possibility of going blind in the next year. In the five years after diagnosis, Beck obtained a string of health disorders that made it plenty difficult to get any real work done.

Fact #8: He took exactly one class at Yale University.

Beck went to one of the most esteemed universities that the United States, heck, the world, has to offer. Senator and early follower of Beck, Joe Lieberman, wrote Beck a recommendation letter and mailed it off to Yale University. Needless to say, Beck was accepted into the university. After his acceptance, Beck took once single class in the school of early Christology — and promptly dropped out. He then went on to prove he didn’t need anymore classes. Though it can be expected if one could get into Yale at all, their destined for great things regardless.

Fact #9: Beck and his companies are set, even for the end of the world.

With his high abundance of wealth, it’s obvious that Beck could literally disappear off the map and still be living a life of luxury, but what about each of his companies? Even his advertisers, particularly the more devoted ones, have pinched off more than enough to thrive in chaos. But, according to Beck, he doesn’t just stock up on food and whatever material that comes to mind because he’s paranoid or greedy, but because food storage is apparently a tenet of his Mormon faith. Hopefully, it’s in the man’s faith to share as well.

Turns out, a man as rich as Beck does not get that much sleep, talking about a measly three to maybe so much as five hours a night. Beck admits to the public that many times he often sends his employees and advertisers emails as early as 3 in the morning. One could imagine you’d have to be mighty flexible to have any sort of real job working for a man as hardworking as Beck.

Fact #11: Beck has a rocky relationship with advertisers.

A total of 26 advertisers as of August 2009 have pleaded that their products, commercials, and businesses should not be shown on any of Glenn Beck’s shows. While that number may shock you, it doesn’t end there. Today, a whopping total of 296 advertisers have gone public to share their disdain for Glenn Beck and his work. One has to wonder what that number could look like years from now since it has more than multiplied more than ten times in just the last decade.

Beck’s rode to success started at the very young age of 13. His first ever appearance was due to the fact that he won a local station’s guest DJ contest. It’s clear that Beck has always been determined to make a name for himself, and this small but significant appearance set him on the right path. Was this an early sign of his potential?

As it turns out, Beck loves bio domes. Who knew? He wishes to construct a pretty size-able six foot tall wall around his entire estate in New Canaan, Connecticut. Beck claims that it’s to stop people from sending “crap” to his property. It’s really hard to tell if Beck’s joking, being serious, or just plain paranoid. The man is a part-time comedian after all.

Everyone starts somewhere, even multi-millionaire Beck. He hosted his first ever radio show at the age of 21 while in Louisville, Kentucky. His first radio appearance was on a morning drive program that went by the name Captain Beck and the A-Team. Strangely, it’s got a nice ring to it. One can guess the man loves his kooky, kooky titles.

While Beck definitely has a love for radio, his audience has a love for practically everything he does. The Glenn Beck Radio Program brings in over 9 million people everyday, and his television show brings in between 2 to 3 million people every time it airs. His influence is so big that when he recommends a book to his audience, it usually becomes the most popular book on Amazon.

If you’re against Woodrow Wilson, you’ll most likely get along quite nicely with Beck and his followers. He confirms his dislike for Wilson by saying he hates him on multiple platforms, but without much reasoning as to why. He’s earned a lot of brownie points among many Woodrow Wilson hating women at a Kennedy Center function, where he simply said, “I hate that guy.” There were no other words said about Wilson during that time.

Beck’s hate towards people doesn’t stop at Woodrow Wilson. In fact, Beck has said he wants to hunt every single progressive there is, and he won’t stop until he’s dead. He vowed so on his own radio show, yet another reason why he’s gaining more haters by the day. According to Beck, he’s going to find these people that have supposedly harmed the country and expose them for the allegedly terrible people they are.

Beck’s television show on Fox News’ Channel has more recordings on DVRs and social media platforms than any other cable news program. It shouldn’t come as a shock, though, as Glenn Lee Beck does have at least half of America in his pocket. This fact goes down as an insane achievement on its own, especially with most traditional means of watching media being on a fast decline.

While Glenn Beck may have quirks to him that might have shocked you, it’s hard to deny his success. Regardless of any feelings towards Beck, he’s a cultural phenomenon that never seems to stop working hard.