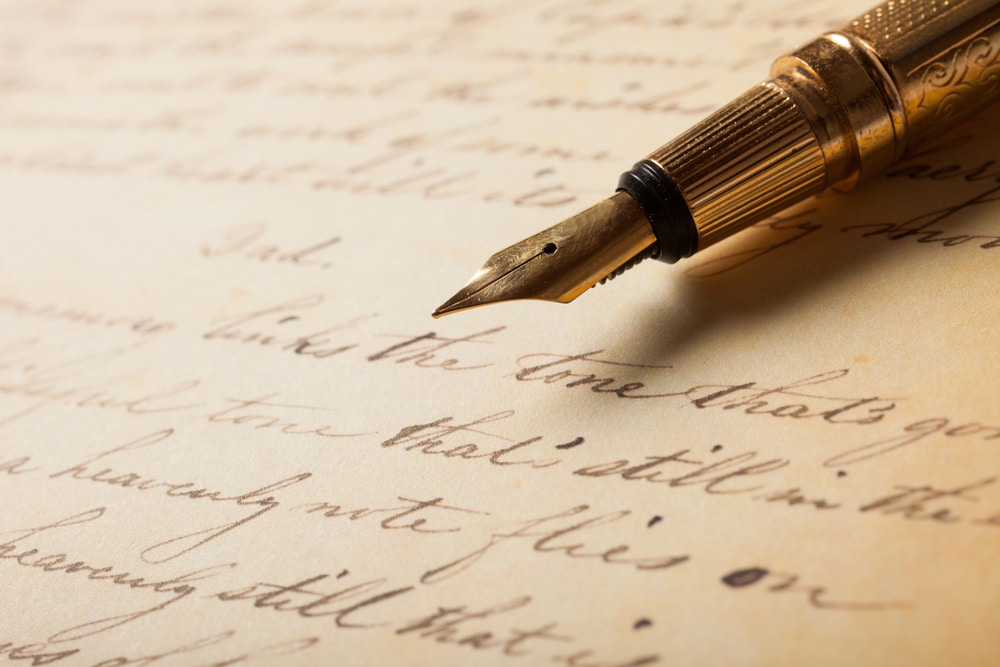 Legends say that as Sister Maria Crocifissa della Concezione awakened from a demonic spell, she found herself soaked in ink. Coincidentally, a bizarre letter had mysteriously come into her possession sometime in the night, and it was filled with unfamiliar symbols.

To add to the mystery of the story, the nun claims that Satan, the dark lord himself, had written the letter.

The island of Sicily is deeply rooted in Christian traditions. It was the place where Saint Paul preached about the word of God many, many years ago. However, as they say, “where Christ is, Satan is said to roam as well.”

Having said this, this is where the story starts with Sister Maria as she has taken refuge in this island.

Isabella Tomasi joined a Benedictine convent in Palma di Montechiaro in 1660. She was baptized and renamed Maria Crocifissa della Concezione. Despite her firm beliefs and strong faith, Sister Maria still was not at peace and claims to be possessed by the devil.

Shrieking at the Altar

It was never about whether or not the devil exists, Sister Maria knew there was evil within her and it was tormenting her. She was said to shriek and lose consciousness every time she approached the convent’s altar.

One day in 1676, the devil allegedly took control of Sister Maria’s body and wrote a note. It did not use any common language nor a recognizable alphabet. Instead, the devil used eerie, mysterious glyphs that resembled archaic letters and included occult symbols.

However, it was not Satan’s first time to permeate a religious convent because 17 Ursuline nuns in France started to behave weirdly and irrationally back in 1632.

The Nuns Have Visions

It all began with a few of them having visions and then the same nuns acting bizarre in ways you cannot explain. They shouted, cursed, and even growled. This phenomenon gave the onlookers the heebie jeebies.

This caused a whirlwind of a controversy and eventually reached the convent’s chaplain which launched an investigation involving authorities of the church.

A Priest Did It?

One local priest named Father Urbain Grandier was blamed for the nuns’ possession. Apparently, he was a sorcerer who made a pact with Lucifer himself. He used the powers granted to him to cast dark spells and summon evil spirits to possess the nuns.

After not much deliberation, he was found guilty.

According to sources, Grandier’s sentence proclaimed, “We have ordered… Urbain Grandier duly tried and convicted of the crimes of magic, maleficia and of causing demoniacal possession of several Ursuline nuns… He is to be taken to the public square… and fastened to a stake on a scaffold… and there be burned alive… and his ashes scattered to the wind.”

Grandier’s execution did not stop the reports of possessions.

Some Sort of Satanic Language

After many years, the letter penned by Sister Maria Crocifissa della Concezione was deemed indecipherable and the other nuns decided to put the item on display for the public to see.

Centuries have passed and brilliant code-breakers attempted to translate the note but it wasn’t until recent that anyone made any progress in doing so.

In 2017, a team of computer scientists from LUDUM Science Center in Catania broke the code and was able to translate the note.

With the help of a powerful and highly controlled program, the scientists decoded Sister Maria’s letter.

In the beginning, the scientists presumed that the nun created a code by mixing alphabets which was a common thing in their craft. Add this to her exposure to religious texts and a few testimonials from other nuns about Sister Maria being a skilled linguist in both ancient and modern languages – voila! Hypothesis!

“It really is devilish.”

“We heard about the software, which we believe is used by intelligence services for code-breaking,” said Daniele Abate who was the team leader, to British newspaper The Times in 2017. “We primed the software with ancient Greek, Arabic, the Runic alphabet and Latin to unscramble some of the letters and show that it really is devilish.”

Was the code a hoax?

After many attempts, the team was able to decipher 15 lines of the note. Most of it did not make much sense and the rest were heretical statements.

This has revived two theories the team had early on – one is the nun was a rebel and a hoaxer or two, she was delusional or crazy.

Because this has happened so long ago, Sister Maria’s possession has not been fully confirmed. However, the note’s author claims that God is not real but an invention of man. That Jesus and the Holy Ghost were “dead weights.”

“God thinks he can free mortals,” says the note. “This system works for no one.” There was also a line that may be referencing to a river and it says, “Perhaps now, Styx is certain.”

Sister Maria’s note is not the only example of demonic writing. In John Ashton’s book “The Devil in Britain and America,” there was a rumored copy of “the only known specimen of the devil’s handwriting.”

The handwriting was recorded by an Italian conjurer named Ludovico Spoletano. Apparently, Albonesi heard about Spoletano through a French intellectual who shared the same interest in “magical” languages.

According to legends, Spoletano summoned Satan, asked him a few questions, and the devil answered through writing. Weirdly, Satan “chose” not to possess the conjurer but made a pen levitate and wrote the answers directly on paper.

Not to worry, there is no confirmation on this story…yet.

The Garden of Eden

The script that the devil used on Spoletano’s paper was from the region of Amhara in Ethiopia which was “according to a legend, [Amharic] was the language spoken in Eden.”

Academics and code-crackers say that the writing makes absolutely no sense which wasn’t a surprise to the people.

In addition to that, no one has ever been able to decode the message and the only demonic thing about the text is that some of the characters looked like pitchforks.

The Possibility of Schizophrenia

Despite being able to decipher Sister Maria’s note, Abate believes that it is highly unlikely that the devil wrote it. In an interview with The Times she says, “I personally believe that the nun had a good command of languages, which allowed her to invent the code. And [Sister Maria] may have suffered from a condition like schizophrenia, which made her imagine dialogues with the devil.”

A lot of what Sister Maria was rumored to be showing resemble the signs of schizophrenia. The hallucinations, bizarre fantasies, the incomprehensible “word salad.”

Schizophrenic experiences vary depending on the culture they grew up with. For example, Japan strictly believes in shame, Pakistan value their circles above all. That’s why in some Christian societies, these delusions have religious context.

Religion in itself may also be a catalyst for psychotic breakdowns. With its borderline ridiculous themes and out-of-this-world imagery.

This pretty much explains Sister Maria’s conflict with her spirituality. Despite going to a convent for refuge, she still could not find salvation.

Just like how some people believe that the planet is flat, not all psychiatrists believe that demonic possession is a type of mental illness. One of those non-believers is Dr. Richard Gallagher of Columbia University. According to him, demons are real and one of the things that happen in the possession cases he’s seen is the person speaking in strange languages.

In an interview, Dr. Gallagher says, “[demons are] fallen angels…They’ve been around for millennia, so they speak all languages. I’ve heard them speak Chinese [and] ancient Greek, which I studied. I’ve certainly heard them speak and understand Latin… [They do it] probably to freak you out or to show off, to boast.”

“I understand [that] believing in evil spirits is not a very comforting belief, and it has implications that, you know, we don’t want to accept,” he continues. “Having said that, there’s plenty of alternate theories. [But] I don’t think that those theories usually hold water. And when you’ve seen some of these cases, you realize that this is clearly not something that could be explained by psychopathology, or trickery or anything like that.”

The Neurobiology of our Experiences

Another one is Dr. Mark Albanese. He tells CNN, “There’s a certain openness to experiences that are happening that are beyond what we can explain by MRI scans, neurobiology or even psychological theories.”

A psychologist named Dr. Stephen Diamond believes that exorcism may be an archaic form of therapy. He even stated Jesus Christ casting out “demons” possessing the sick as an example.

Diamond then explained, “Psychotherapy, like exorcism, commonly consists of a prolonged, pitched, demanding, soul-wrenching, sometimes tedious bitter battle royale with the patient’s diabolically obdurate emotional ‘demons.’ [This is] at times waged over the course of years or even decades rather than weeks or months – and not necessarily always with consummate success.”

He added, “The main difference between psychotherapy and exorcism is that modern psychotherapy is typically a secular treatment for figurative, metaphorical ‘demons’ – mental, emotional or psychological traumas, memories or ‘complexes’ – whereas exorcism takes the existence of demons quite literally. Doing so can have certain advantages in treating patients who believe in the devil, demons and exorcism – if for no other reason than the extremely impressive power of suggestion.”

There are a lot of cultures that believe in demonic possession. For example, a passenger on a Mexican train filmed an exorcism. The video has gained more than a million views and you’ll see a well-dressed man beseeching Jesus Christ while the possessed woman was shouting the word “devil.”

“In the name of Jesus, leave.”

The church has even gone as far as banning “Harry Potter” books from being displayed in school libraries.

The Role of Harry Potter

Rev. Dan Reehil wrote, “[The Harry Potter] books present magic as both good and evil – which is not true but in fact a clever deception. The curses and spells used in the books are actual curses and spells which, when read by a human being, risk conjuring evil spirits into the presence of the person reading the text.”

In London in 2016, the possession of Kennedy Ife started with just a sore throat and some sleeping problems. After some time, his condition evolved to him being delusional and claiming to have a snake inside him.

Whatever happened in the seventeenth century, it surely was enough to keep us guessing up until today. Sometimes, it’s more exciting to tread the road between fact and fiction.

Saint Bernadette’s story is as intriguing as religious stories can be! Despite the fact that she has been dead for over 100 years, there is something unusual about her corpse: it has stayed the same since the day she died.