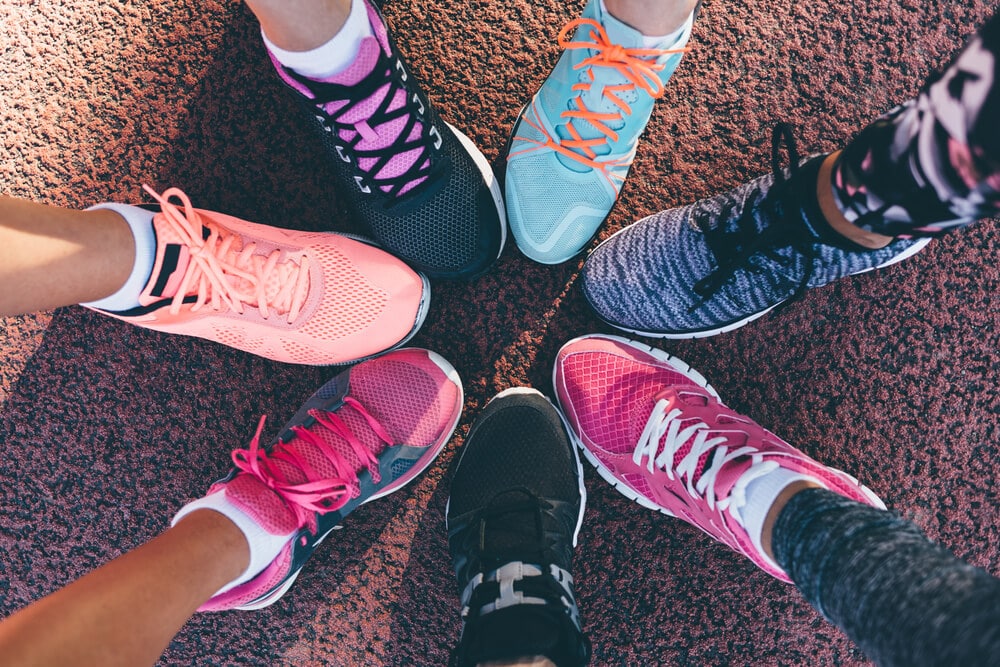 For over 200 years, running shoes have been the shoe choice of many for both athletes and casual wearers alike. Nowadays, there are plenty of options worth considering when purchasing a pair of running kicks. For instance, what type of support do the shoes have? How can they handle certain terrain or weather? Perhaps most importantly, what fashion statement will they make?

Listed below are some of the most popular brands of running shoes, and what sets them apart from others (as well some deals to save big).

Continuously at the top of ‘Most Popular Shoes’ lists for decades over, Nike is one company that knows its running shoes. In fact, Nike dominates athletics in general — the brand is the world’s largest supplier of athletic apparel and footwear.

At the same time, such a highly regarded company comes at a price — literally. Fans can find themselves spending up to $300 for Nike kicks. Right now, though, the official Nike website boasts a 40% off sale on a variety of items, including slightly different versions of much-loved classics and styles from recent years. Additionally, signing up for a membership will get you free shipping and the opportunity to receive even more deals and discounts.

With 114 years in the sports footwear industry, New Balance has had plenty of experience creating some of the world’s best running shoes. The brand is famed for their foamed shoe interior that leaves its wearers both comfortable and confident.

Prices on New Balance running shoes typically begin at $60 and work their way up to $200 for the newest looks. Fortunately, New Balance gives new users to its site a 10% off discount. There are also currently over 100 different kinds of running shoes at a reduced price.

This German brand is recognized as the third largest sportswear manufacturer in the entire world. Loved for its symbol of a leaping puma, the company has been a favorite not only for its shoes, but for its environmentally-friendly business practices.

Prices on Puma’s running shoes vary, with the average amount totalling $100. Students can get 10% off on any Puma.com purchase. The overall Puma site itself has its semi-annual sale right now, with a sale on over 500 items, including plenty of stylish running shoes for a limited time only.

All-American brand Brooks Sports has been praised by many athletic publications, including Sports Illustrated and Runner’s World. The brand’s major focus is on running shoes themselves, with innovative, structural support that maximizes performance results.

The price of Brooks footwear is average, with amounts starting around $60 and ending around $160. As of now, the site has a 50% off sale on select running shoes, and has slightly lower discounts on over 40 other kinds of running shoes.

Second in sportswear sales only to Nike, German brand Adidas makes some of the best-known running shoes in the world. It’s famous three-striped logo can be found on just about every type of its running shoes, and is recognized as being one of the most stylish brand logos.

Adidas has some of the best prices when it comes to running shoes, with some coming in at just $20. Best sellers, including the Samba and Superstar Classic, run at just $70. For the summer, Adidas is offering a whooping 25% off sale sitewide with the code “Summer.” New members of the site can get an additional 15% off, and students are also eligible for a discount.

A company that started in a basement in the 90’s and evolved into one of the most successful sportswear brands has got to know something about athletics. Under Armour is dedicated to crafting footwear that is continuously cool, no matter the temperature and amount of pressure it may face from outside use.

With such a unique construction, Under Armour running shoes sit well in the $100 – $200 range. The site is holding a summer sale of 40% off on select items, including running shoes. Under Armour gives another 20% off discount for Service Members of the American Army.

Originating from Kobe, Japan, Asics brand has gained its place as one of the best-ranking footwear brands both in its home country and abroad. The brand believes that a healthy body brings a healthy mind.

Starting from $40 to over $300, the price of Asics footwear varies greatly. Thankfully, the official site is having a sitewide sale of up to 50% off on select products. Furthermore, due to the COVID-19pandemic, Asics is offering a 60% discount to medical professionals, first responders, and military members.

It’s clear that this summer is full of shoe options. With plenty of discounts and special offers, it’s never been a better time to secure a comfortable, stylish set of running shoes.