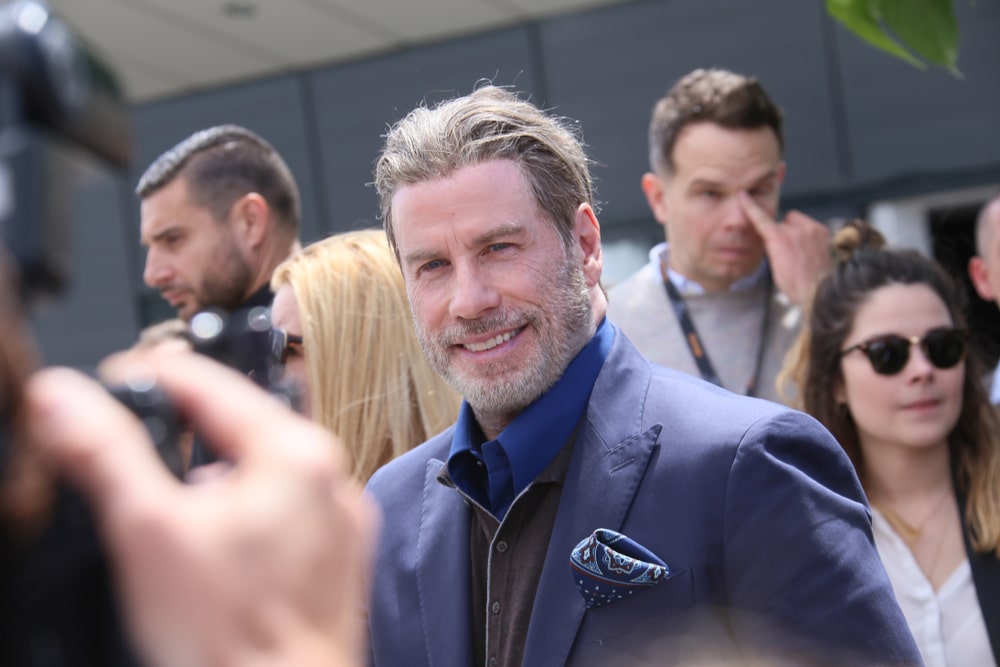 John Travolta entered the world of showbiz in the early 1970s. Since then, he has earned a name for himself that many know and love today. Despite his monumental success, the Hollywood actor also has his fair share of tragedies.

Most recently, his beloved wife, Kelly Preston passed away. To his fans’ relief, John finally opens up about this tragic incident and becoming a solo parent to their kids. Read on to see his messages that may just touch your heart, too.

On July 12, 2020, Kelly Preston ultimately succumbed to her battle with breast cancer. Her family shared the sad news of her passing to her friends and fans through social media. A lot have paid their tributes to a great person and admirable actress that she is, including her daughter, Ella.

Ella is the eldest daughter of John and Kelly. After her mom’s passing, she wrote a message, remembering and honoring her the best way she can. On July 13, the young lady posted on Instagram in the form of a letter to Preston. It began, “I have never met anyone as courageous, strong, beautiful and loving as you.”

She went on to describe her mom as someone who has only been loving and amazing to everyone. She said, “Anyone who is lucky enough to have known you or to have ever been in your presence will agree that you have a glow and a light that never ceases to shine and that makes anyone around you feel instantly happy. Thank you for being there for me no matter what.”

The bereaved daughter ended the post with even more gratitude toward her mother. She added, “Thank you for your love, thank you for your help and thank you for making this world a better place. You have made life so beautiful, and I know you will continue to do so always. I love you so much, mama.”

Announcing to the Public

Meanwhile, John also released a statement on Preston’s passing the day after on his Instagram. He wrote, “It is with a very heavy heart that I inform you that my beautiful wife, Kelly, has lost her two-year battle with breast cancer. She fought a courageous fight with the love and support of so many.”

The actor went on to praise Preston’s medical care workers. He expressed his sincere appreciation to them saying, “My family and I will forever be grateful to her doctors and nurses at MD Anderson Cancer Center, all the medical centers that have helped, as well as her many friends and loved ones who have been by her side. Kelly’s love and life will always be remembered.”

Taking a Time Off

John ended, “I will be taking some time to be there for my children who have lost their mother, so forgive me in advance if you don’t hear from us for a while. But please know that I will feel your outpouring of love in the weeks and months ahead as we heal.” And he signed off his message, “All my love, JT.”

Not the First One

Historically, Kelly is not the only woman in John’s life to have passed away from breast cancer. During the filming of The Boy in the Plastic Bubble movie in 1976, the actor met actress Diana Hyland and the two shortly began dating.

Despite their almost 20-year age gap, the couple seemed really happy until seven months later into the relationship, Diana was diagnosed. Tragically, she passed away that same year. John could never have been more devastated by her death. To this day, John still fondly remembers his time with Diana.

According to the press, John intentionally disappeared from the spotlight after Diana’s passing. Consequently, the actor’s movies waned too, leaving his career almost stagnant. Things would take a turn in 1989 though, when John starred in the hit romantic comedy Look Who’s Talking. In addition, his personal life also improved as he met his future wife Kelly Preston during that year.

John and Kelly met each other on the set of The Experts, and sparks undeniably flew as their romance took off. The couple then tied the knot two years after meeting. The wedding took place at an idyllic setting in Paris, and the ceremony was carried out by a Scientology minister. Unfortunately, the matrimonial union was subsequently deemed invalid. So, John and Kelly married for the second time a week later and, fortunately, that time it was official.

Before ending up with John, Kelly had to face her own trials and tribulations. Truth is, the actress had been married before. Her first husband was Kevin Gage, who she eventually divorced from in 1987. After that, Kelly would then be engaged to Hollywood bad boy Charlie Sheen. That did not last long either, as she allegedly suffered a gunshot wound from Charlie’s firearm.

John and Kelly were married for almost 30 years before the actress passed away in 2020. In the course of their long partnership, the couple had three children together. One year after their wedding, they two welcomed their first born, Jett. He was then followed by Ella in 2000 and Benjamin in 2010.

However, shortly after receiving happiness upon Jett’s arrival, John and Kelly were equally presented with a hard pill to swallow. Their son was diagnosed with a very rare illness known as ‘Kawasaki’ disease. This ailment causes the inflammation of blood vessels and, in some extreme cases, can even prove to be fatal. To make matters more complicated, Jett was also autistic and suffered from seizures.

Still, the couple did not let their son’s health issues affect their family negatively. Instead, the Travoltas spent more time together, enjoying vacations abroad as well. Unfortunately though, during their New Year vacation trip in the Bahamas, they suffered the ultimate tragedy. Jett had a seizure that caused him to fall and hit his head on the edge of a bath. As a result of the injuries he sustained, the teenager would later pass away, leaving his family devastated.

To add insult to injury, reports questioning the circumstances surrounding Jett’s death shortly followed. John then alleged two men of extortion, including a paramedic who had arrived on the scene to help the actor’s son. They had reportedly demanded $25 million from the actor in exchange for a legal document that John had allegedly signed regarding his son’s treatment.

The charges for the two men were later dropped, presumably not helping the family speed up their process of grief. However, the arrival of Benjamin a year after Jett’s death seemed to help the family cope with the loss. In a 2016 interview with Good Morning America, the actor said, “Having little Benjamin has been a beautiful kind of glue for us to rebond after a tremendous loss.”

John also credits his religion for helping him come to terms with Jett’s passing. In a 2014 event, he said, “I will forever be grateful to Scientology for supporting me for two years solid.” On the other hand, some have claimed that the religion actually prevented Jett from receiving the appropriate treatment. The church allegedly did not recognize some of the medical issues the teenager had suffered.

For the past years, John has been low-key open to the public when it comes to his family. However, this does not mean that he won’t share heartwarming revelations about his daughter from time to time. At the 2017 SAG Awards, John gushed about Ella Bleu. “[She] is fabulous,” the actor told James News. “She’s such a good performer. I want her to pursue acting.”

To date, Ella has already made a good start to her film career. She has appeared alongside her dad in 2009’s Old Dogs and 2019 thriller Eye for an Eye.

A Little Over Protective

Given John’s loss, it is no surprise that he now seems overprotective of his remaining two children. How protective? Well, during a 2016 appearance on Ellen, the actor said, “I never want my children to leave the house, ever.” Given all of the heartbreak and loss that the Travolta household has experienced over the years, we believe that it’s understandable.