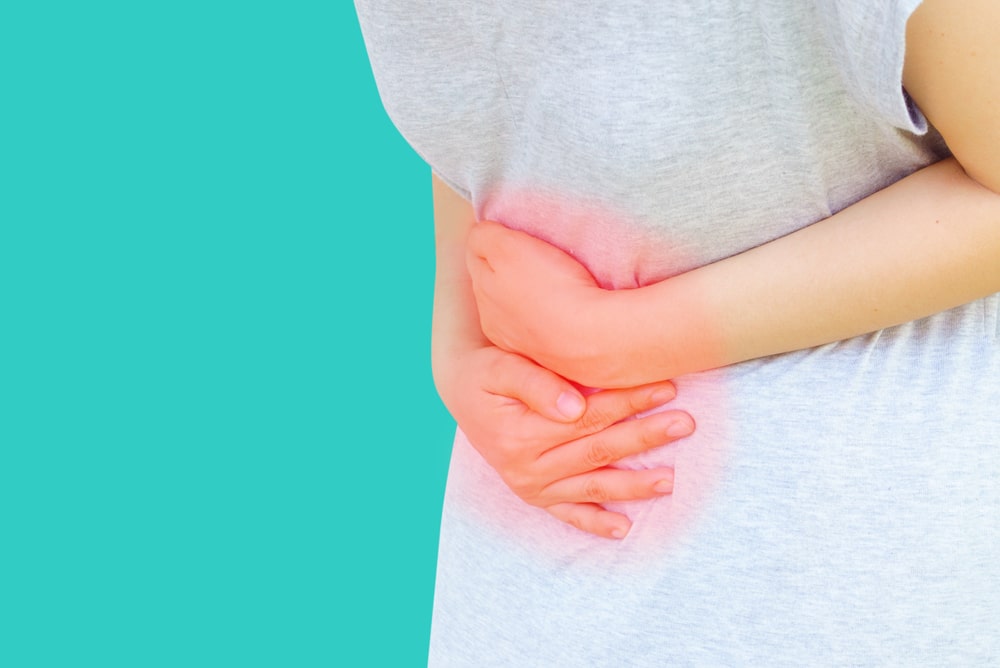 Gallstones are a common and painful health problem. Unfortunately, many people live with this condition for a long time—sometimes months—before they seek treatment. Delaying treatment can lead to complications, like becoming seriously ill.

Knowing the symptoms of gallstones is crucial, so you or a loved one can seek help right away if you suspect you have this condition…

What Are Gallstones & How Do They Form?

The formation of gallstones goes back to the liver, which collects and breaks down wastes from your bloodstream. These wastes are turned into a greenish, oily fluid called bile, which is collected in your gallbladder.

Gallstones occur when certain substances that are present in bile form hard stones. In most cases, these stones are very small and easily pass through the bile ducts, but when the stones are large enough to get stuck or damage the walls of these ducts, they can cause excruciating pain and even a health emergency.

Of course, there are different types of gallstones, which have different causes, symptoms, and treatments…

Types of Gallstones & Their Causes

The most common kind of gallstone is made of cholesterol and are common in people who have high cholesterol levels.

The second most common gallstone is called a pigment stone. These stones are made of bilirubin, a yellowish waste substance that the liver cleans from the bloodstream. In this case, bile can become concentrated and increase the risk of stones. Pigment stones are also common in people who have certain blood disorders that increase the rate of red blood cell destruction. Because bilirubin is a waste product from red blood cell turnover, people with these diseases will have higher levels of the substance, thus an increased risk of stones.

But what about the ​common signs of gallstones? Read on to learn more!

Pain from gallstones is usually located in the upper right abdomen, often radiating to the shoulder or back. Sometimes, the pain may be in the center of the abdomen. Often, this pain worsens from eating fatty foods or drinking alcohol.

But, how can you tell if this pain is caused by gallbladder issues or something else?…

Pain from Gallstones or Something Else?

Common indicators of gallstone pain include:

When your pain fits these bullet points, it might be a good sign that something is wrong with the gallbladder.

Pain, however, is not the only symptom of these stones…

Other common signs and symptoms of gallstones include:

So, why do gallstones cause these symptoms?…

Why Gallstones Create These Symptoms

So, how do gallstones create these specific issues? Let’s break down a few:

It’s incredibly important to catch these symptoms and catch them early. Otherwise, untreated gallstones can lead to some serious health complications…

What Happens When You Don’t Treat Gallstones?

Although gallstones are often silent, they can lead to obstruction or inflammation. When obstruction happens, the liver is left unable to clean the blood or excrete toxic substances. Obstruction might further lead to a build-up of pus, which could kill the gallbladder. In addition, the inflammation can lead to an infection in the liver. In rare cases, this infection can enter the bloodstream and cause sepsis.

Who Is at Risk?

Anyone can develop gallstones. There are, however, a few risk factors that increase your chances of developing them, including family history, existing liver or gallbladder disease, high cholesterol, being overweight, pregnancy, or eating a high-fat diet.

If you are having symptoms of gallstones and also have these risk factors, you should get immediate medical help. Depending on the severity of the situation, your treatment can vary…

If you suspect a gallstone, your doctor will first perform blood work. Many people with this health disorder will have increased white blood cells and high blood levels of certain liver enzymes. Alternatively, ultrasounds are generally considered the best modality, although a CT scan or MRI can often show gallstones.

Medications are also an option. Ursodiol, or ursodeoxycholic acid, can decrease liver-produced cholesterol and even break down small cholesterol stones. This option may also help prevent gallstones for certain patients.

If gallstones cannot be removed through less invasive methods, intense surgery may be necessary. In laparoscopic gallbladder surgery, the doctor will remove all stones as well as the gallbladder. This ensures that stones will not form again in the future.

If you suspect that you have symptoms of gallstones, make an appointment with your doctor. They can initiate the testing that will allow you to get a diagnosis. Ultimately, getting prompt professional treatment is the only surefire way to make your pain and other uncomfortable symptoms go away.